Are You Owning Sports Memorabilia As A NFT Already? 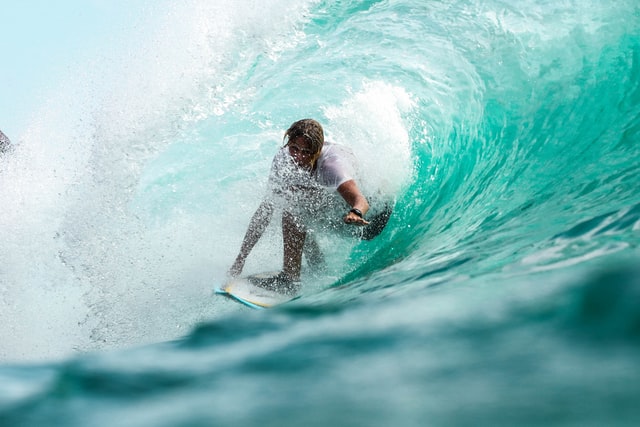 NFTs have changed the landscape of sports and opened new ways to express loyalty to teams and players. More so, they have revolutionized the entire digital space related to competitive games. Undoubtedly, fans today take another approach to interact with their favorite athletes. Collecting NFTs allows them to enjoy a thrilling pastime, compete with each other, and take their minds off stress.

As a result, numerous platforms, including NextHash, have sprung to facilitate trading sports memorabilia NFT. The collectibles market has seen rapid growth over the past two years. The NFT craze, record-breaking prices, and historic scarcity have reshaped our perception of enjoying sports.

Below, we look at a few vital questions you might have about sports memorabilia NFT. Let’s see how digital collectibles have changed the concepts of team support and match involvement.

The History Of New-Age Sports

Modern sports have a long and multi-faceted tradition with origins back to the early 18 century. Most new-age sports developed in England but later spread to the States, Western Europe, and elsewhere. More particularly, the industrial revolution is one of the most significant factors that gave rise to sports as we know them today. This evolution is renowned as the civilizing process.

Tennis, for example, is among the oldest modern sports dating back to the 1500s. However, the lawn tennis version came later or in the 1870s. The game grew out of England, with the first Wimbledon Championship held in 1877. Football or soccer traces its modern roots back to the mid-1800s when England standardized its rules. Reportedly, the first football game happened in 1869. FIFA, the governing body in international soccer, started operating a few decades later or in 1904.

Finally, the Modern Olympics that grew out of their ancient predecessor resurfaced in Athens in 1896. From then, the Olympics are on every four years, excluding world war years (1916, 1940, and 1944). Though the first Games accepted only male contestants, women gained the same right in Paris in 1900.

The Heroes Of Modern Sport

Sports heroes inspire us to become a better version of ourselves and practice a healthy lifestyle. For example, icons ranging from Cristiano Ronaldo to Serena Williams have shown the humanitarian side of sports. David Beckham and Didier Drogba have also dedicated gigantic amounts to charitable causes in Africa. Figure skater Yuna Kim and LeBron James are other selfless heroes who help humanity thrive. Now wouldn’t you want to hold a rare collectible from one of the biggest sports superstars in the world?

As for sports popularity, the most popular sport globally is soccer, with more than 4 billion viewers worldwide. Second, almost 3.5 billion spectators tune in to watch the Tour de France each year. The list continues with cricket (most practised in India) and hockey (1.6 billion viewers). It’s also worth mentioning the Maracanã stadium in Brazil that garners record attendances for big football games. In 1950, the stadium welcomed 199,854 spectators for the world cup final between Brazil and Uruguay.

The collectibles market in sports is ever-growing, with a current value of about $15 billion. The licensed market of sports memorabilia is worth $12 billion, while autographs are about $2 billion. In February 2022, basketball star Luka Doncic sold his autographed NBA rookie card for $4.6 million. In August, the T206 Honus Wagner baseball card became the most expensive baseball item. The new owner paid $6.606 million to acquire it. Moreover, NBA Top Shot sold a highlight clip showing LeBron’s dunk for $200,000. As for the most valuable sports memorabilia, the original 14-page Olympics games manifesto holds the record. It went out for an incredible $8.8 million about two years ago. Another striking example is Babe Ruth’s New York Yankees jersey from 1928-1930 that sold for $5.64 million.

The Collectibles Market Is Transforming

Sporting memorabilia has been physical for decades. People stacked and showcased items like cards, jerseys, and sticks in their homes. Yet, lately, collectibles have undergone a significant revolution, thanks to the new concept of non-fungible tokens.

Sports memorabilia NFT resemble trading cards but aren’t the same. NFTs also depict the best sporting moments, but these aren’t static. Instead, they are video highlights with music or athlete comments. When someone purchases an NFT, they acquire the right and have digital proof that they own the asset.

The cryptocurrency company Dapper Labs conceived NBA Top Shot and now offers unique basketball highlights as NFTs. In a few months, NBA Top Shot had over 1 million users and generated more than $700 million in sales. Even teams got aboard the sports memorabilia NFT game. The NBA’s Golden State Warriors launched a collection on OpenSea.

Finally, let’s consider the way humans show off today - social media. Proud owners flood Instagram, Facebook, Twitter, and TikTok with sports memorabilia NFT images. After all, is there a considerable difference between owning an NFT or a picture of a physical autographed ball?

Why Should You Own Sports Memorabilia NFT?

Items that remind sports enthusiasts of their favorite sportspeople are invaluable to them. If we also consider that sports NFT carry benefits that traditional counterparts don’t, their value increases accordingly. Here are a few reasons why you should start collecting sporting NFTs:

•    The trend is new and caching on with incredible speeds. As a result, prices are exploding, and people witness sports highlights sold for millions.
•    Your NFTs are secure on blockchain platforms, and only you have access to them. For instance, NextHash’s desk is 100% safe, and you have your assets readily available at all times.
•    Non-fungible tokens are unique and non-replicable, offering a new way to collect sports memorabilia.
•    Collecting sports memorabilia NFT is a kind of investment since these digital assets are easy to buy, sell, and trade. Hence, transfer and storage are seamless, unlike conventional investment instruments.
•    Sports NFTs ease the process of collecting memorabilia from favorite teams and players. Plus, digital assets enable teams to reward loyal fans and grant them special privileges. Interaction keeps the fan base engaged, and people get motivated to indulge in sports.
•    Users can transfer sports memorabilia NFT between each other as a payment form. They can even pay for games and tournaments, thus saving time and bank fees. Some sports NFTs allow holders to attend VIP events, meet their idols, join behind-the-scenes tours, and receive gifts.