Can NFTs Have Multiple Owners And Share The Profits? 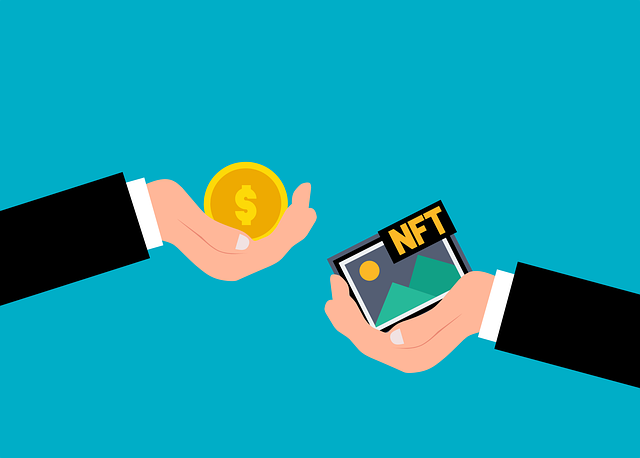 Following the craze for non-fungible tokens, the industry has been raking in sales worth millions of dollars. In just a few years, NFTs turned into one of the most significant innovations in tech, finance, sports, arts, and fashion. And by going mainstream, NFTs have become the source of hype and confusion as the latest cultural phenomenon. Many people doubt whether the trend will continue. Others struggle to understand the concept behind NFT, ownership rights and their value. In short, non-fungible tokens are digital collectables that come as art, GIFs, music, and videos. Anyone willing to invest in these assets can do so and engage in trading, collecting valuable items, and making profits online.

However, if you have no experience with cryptocurrencies and digital assets, wrapping your head around NFTs can be challenging. The question of “can NFTs have multiple owners?” is particularly puzzling. This article covers everything you should know about non-fungibles, including how NFTs work, where to find them, and how to invest. We also explain the possibility of owning NFTs together with other people.

The Rise Of NFTs

Quantum was the first NFT ever created. It was Kevin McCoy who minted it on Namecoin in 2014. Over the following years, a few other NFTs appeared on pre-Ethereum blockchains. For example, the first blockchain-based game, Spells of Genesis, launched in 2015. A year later, Rare Pepes paved the path for the crypto art market. Unfortunately, these projects remained unknown and didn’t reach widespread popularity.

For the broader masses, non-fungibles started to gain momentum in 2017. With the emergence of the Ethereum blockchain, newly launched NFT collections became easier to trade, and transferring ownership got simplified. Moreover, Ethereum featured token creation, storage, and trading, which eased the onboarding process.

The earliest Ethereum project was CryptoPunks, whose pieces have sold for millions. Today, artists, sports clubs, and investors rely on NFTs to generate profits. For instance, Kings of Leon released a new album as a limited NFT edition, with six-lifetime tickets to front-row seats. Similarly, the artist Beeple sold an NFT collection for $69 million. Hence, it’s not surprising that the total NFT volume traded in 2020 reached $250 million.

How Do NFTs Work?

Non-fungible tokens are ‘one-of-a-kind’ items in digital form you cannot exchange for another NFT. Users buy, sell, and trade them via blockchain technology, thus creating a digital trail that verifies each transaction and remains encoded in the unchangeable ledger. As a result, the ownership rights of the buyer get maximum protection.

Unlike the real world, where you must possess a certificate of ownership to attest your rights and the item’s authenticity, blockchain replaces the need for tangible certificates. Still, you need to open an account, get a crypto wallet (software or hardware), and buy cryptocurrencies to obtain a digital asset.

Remember that some NFTs are available on the open marketplace, while others can only get purchased through specific vendors. Among other examples, CryptoPunks sell through the Larva Labs website and don’t list on a public marketplace.

After finding an NFT you like, the next step involves buying it outright. Alternatively, you can bid on the NFT and wait for the auction to close. The transaction will go through if the seller accepts your bid or you’re the top bidder. At this point, the ownership transfers to your wallet, and you can sell or display the new NFT.

What Are The Best Blockchains To Use For NFTs?

Though you will come across different blockchains to create and trade NFTs, some may not deserve your attention. And before resolving the dilemma of “can NFTs have multiple owners”, you must find a reliable blockchain first. Hence, we conducted an in-depth analysis of all features offered by the most common blockchains in the NFT ecosystem. Here’s what we found out!

This blockchain is the most popular for NFT projects, encompassing the first global NFT marketplace, OpenSea. Etherium boasts a significant community of seasoned developers, constantly fixing the platform and its issues. Moreover, it hosts several top NFT collections and marketplaces, including the Singularifty platform.

However, the “gas fees” to conduct transactions or mint on the Ethereum platform can be costly. They usually range from $20 to $100 per transfer or mint.

Flow can execute over 10,000 transactions per second. Besides the initial account creation fee, Flow charges a transaction fee, too. The most popular NFT projects on Flow include NBA Top Shot, BloctoBay, and TuneGO.

Solana enjoys a reputation as the fastest programmable blockchain in the crypto realm. Thanks to its blazing speed and the ability to handle 65,000 transactions per second, Solana can readily compete with Ethereum.

Despite its recent launch, Solana has many impressive NFT projects. Degenerate Ape Academy, Monkey Business, Frakt, Bold Badgers, SolPunks, and Sollamas are a few examples. Solana-powered marketplaces, such as Solanart.io and MetaPlex, have also gained traction.

Can NFTs Have Multiple Owners?

The answer to this question depends on the type of NTF you choose. The “co-ownership” method allows multiple owners to possess a single NFT. More specifically, two or more users can jointly own a non-fungible token, whereby each person holds an equal share in the asset ownership. To do so, you must sign a smart contract that grants you the right to have an equal say when selling or using the NFT.

The second way to establish mutual ownership includes creating a “tokenized asset”. Such assets hit the blockchain when someone mints an NFT from a physical item like artwork, memorabilia, or tickets. The person who owns the newly-tokenized asset can sell fractions of the NFT. Consequently, the people who buy a share become new asset holders to a piece of the whole. So, can NFTs have multiple owners and share the profits? The most straightforward answer would be yes.