Cryptocurrency Exchange Platform Development for Anyone 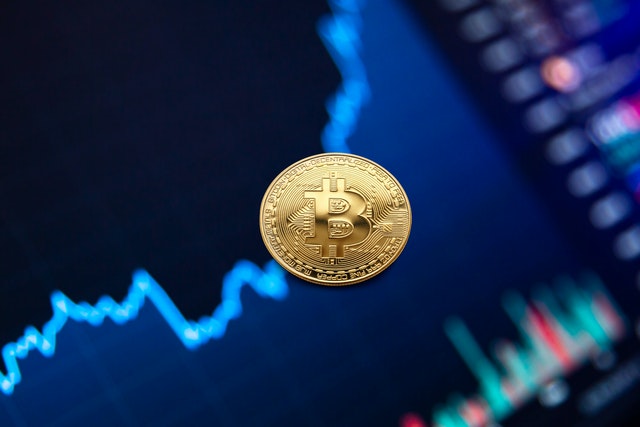 If you were asked to describe the (almost) first quarter of the 21st century in one or two words, what would you say? Well, a few possibilities that come to mind are:

•    Tumultuous. The 21st century so far has not been a cruise on Lake Placid. This has been a time of upheaval around every corner, a stay on your toes and don't blink kind of time.
•    Roller-coaster. Few amusement parks in the world are going to match this period for the peaks and troughs that humanity has raced through.
•    What's happening? It would be fair to say that, at this juncture, few people really have a handle on what is going on and what to expect in the foreseeable future.

On the positive side, though, the 21st century has so far also yielded a number of great inventions. Not to mention some significant progress in the technology field. One of the most important and exciting of these inventions is blockchain technology and cryptocurrencies.

Crypto is taking over the globe

Cryptocurrencies had a fairly inauspicious start in January 2009 when the first block of 50 Bitcoin (BTC) was mined. The intended purpose of BTC was to serve as an unregulated digital currency to facilitate peer-to-peer payments over the internet. This objective seemed unlikely until May 2010, when two pizzas were bought for 10,000 BTC.

Due to the lack of any cryptocurrency exchange platform development, trading took off very slowly. BTC had negligible value for several years. It attained parity with the US Dollar in February 2011. From here the price rose fairly rapidly to hit $100 in April 2013 and then $1,000 towards the end of that year.

Following a brief spurt in 2017, the price remained in a narrow range until October 2020. Then the fireworks started. The price rocketed to around $60,000. Although volatile, it has been mostly above $30,000 since then.

Recent years have also seen a proliferation of currencies as well as increasing adoption of these currencies as a means of payment. At the same time there has been a lot of cryptocurrency exchange platform development. It’s fair to say that crypto is here to stay and that it is set to go mainstream very soon.

Why would you want to own crypto exchange?

Average daily trading volumes are already approaching $100 billion, and the market capitalization is a staggering $2 trillion. The fees and commissions at a rate of just 1% will be $1 billion a day. One billion dollars. Per day. That is a mighty big pie and even a minuscule slice will be very satisfying for a lot of people.

Crypto is gaining increasing acceptance as a payment currency. In addition, El Salvador has recently adopted Bitcoin as legal tender. More countries are expected to follow suit in the near future. Whilst a number of countries have categorically stated they will not accept cryptocurrencies as legal tender, those that do will provide sufficient momentum for large-scale growth in trading volumes.

Experts expect that, as this industry matures, a select number of cryptocurrencies will rise above the rest. Many of the lesser ones will disappear, and the market will settle and stabilize. This bodes well for exchanges, investors, and consumers alike. So, let’s rather ask; why would you not want to own crypto exchange?

What to know when opening a crypto exchange?

Although Bitcoin was originally created as an unregulated, borderless alternative currency, there is a measure of indirect regulation. The currencies themselves are not controlled by any government or regulatory authority. However, trading in them is. And these rules and regulations differ widely around the world. Before embarking on a mission to launch an exchange you would be well advised to research this very carefully.
Things to look out for at this point are:

•    The legal status of cryptocurrencies in general. There are several countries where crypto is totally banned. Notable among them are China, Egypt and Qatar. A further forty-odd countries have bans on certain uses of crypto.
•    Regulation of exchanges. Registration of exchanges is being enforced more widely all the time. In many countries, crypto trading is regarded as a financial service or as a securities and exchanges activity. Compliance with all the different sets of rules may be quite challenging.
•    Taxation issues. At the best of times, tax compliance in global activities can be a minefield. Crypto is a fledgling concept from a tax point of view. Expect this aspect to be constantly evolving over the next few years.
•    Application of the specific currency. Many cryptocurrencies are limited in their purpose. Rather than taking a shotgun approach and offering everything to everyone, it may be useful to investigate currencies and to focus on a handful of the most versatile currencies.

Who can help you with cryptocurrency exchange platform development?

You have an option or two if you plan to develop a cryptocurrency exchange. In the first instance, you can do it yourself. Obviously, if you don’t have the design and coding skills, you would need to contract this. Also bear in mind that, working from scratch, the development will take a while. You also have to go through exhaustive tests to ensure that you are compliant and that the platform works as it should.
The second option is to purchase a white label exchange. This is a fully functional, ready-made exchange. All you have to do is customize it to suit your strategy and preferences. The developers would be happy to assist with this. This option will get you to the market a lot quicker and probably at a far lower cost than the DIY route.

Nexthash is your go-to partner