How To Create A Bitcoin Exchange And Make A Fortune? 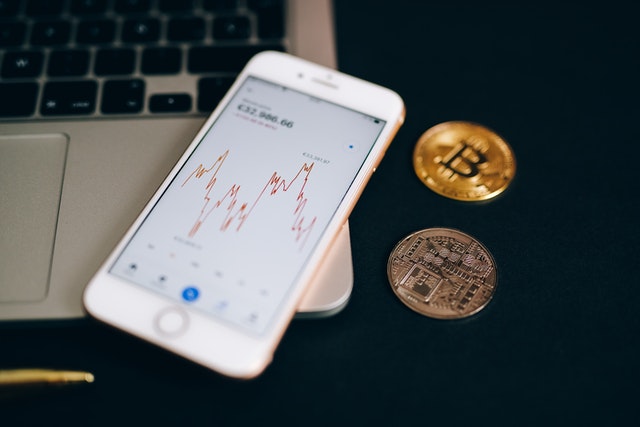 When Bitcoin was invented in 2009, few people would have foreseen the fireworks that we have witnessed since 2017. It would also be fair to say that very few people would have placed any faith in Bitcoin as an alternative currency, let alone as an investment. And, you’d probably have been considered crazy if you’d decided to create a Bitcoin exchange. Well, we’ve all heard the expression, “hindsight is 20/20 vision”.

Bitcoin started off with negligible or no perceived monetary value. Its objective as an alternate, unregulated currency took 16 months to materialize. In May 2010 a developer turned Bitcoin trader, Laszlo Hanyecz concluded the first commercial transaction using Bitcoin as payment. The purchase was the home delivery of two Papa John's pizzas.

You'd be forgiven for thinking that it was some sort of dare or prank. Hanyecz stated that he considered it “free pizza” since Bitcoin had very little value at the time. The seller of the pizza also discounted the value of the coins. He used them to cover traveling expenses. Little did they know that that transaction would be worth close to $600 million when the price peaked in November 2021.

Bitcoin is disrupting finance as we know it

The value of Bitcoin grew slowly at first. One of the first people known to create a Bitcoin exchange was Jed McCaleb. This was reported in July 2010. Despite various heists and frauds, Bitcoin trading grew steadily. The price continued its gradual ascent until in November 2017 it exploded and raced from around $5,000 to almost $17,000 in a matter of weeks.

All the while, Bitcoin was gaining broader acceptance as a payment currency. More and more merchants began to accept Bitcoin. Cryptocurrencies and exchanges proliferated. Today there are approximately 18,000 cryptocurrencies and well over 300 exchanges. With an average daily trading volume of hundreds of millions of dollars, there is a lot of money flying around in fees and commissions.

Although not yet a mainstream currency, Bitcoin is edging closer all the time. El Salvador was the first country to accept it as legal tender. Several other countries are predicted to follow in their footsteps in the near future. One thing is certain; this is not a passing fad. The world of finance is changing. And nothing will stop it. This is the ideal time to create a Bitcoin exchange.

How to get involved in Bitcoin

There are a number of ways to get into the Bitcoin market and make money from it. As with any venture intended to create profits, there are risks. These risks vary based on the type of activity and also on market sentiment from time to time. Let’s look at a few of the ways you can leverage Bitcoin.

•    Mining. This option has little risk but requires massive computing power and consumes a lot of energy. The cost of a mining setup is probably beyond reach for most people.
•    Buying and selling. Simple trading on the premise of buy-low-sell-high has a potentially low barrier to entry. This is, however, a very risky option as long as the current price volatility continues. The price of Bitcoin has been known to rise and fall by thousands of dollars in a very short period.
•    Buy and hold. There are two distinct schools of thought regarding Bitcoin’s long-term direction. The proponents believe that the price can rise into the millions. Naysayers predict it will crash to zero. It’s quite easy to gauge the level of risk here – significant.
•    Create a Bitcoin exchange. Whilst this requires a sizeable investment, it carries a fairly low risk. The cost lies in purchasing a white label exchange or developing one from scratch. After that, you earn commissions without needing to invest more of your own money in the assets traded. With the huge current trading volumes and likely growth going forward, this is probably the most sustainable option.

How To Create a Bitcoin Exchange And Where To Start?

Firstly, as mentioned in the previous paragraph, there are essentially two ways to create a Bitcoin exchange. One way is to develop it from scratch and the other is to buy an off-the-shelf exchange.

The first option may seem to be better because you can build it exactly the way you want it. In reality, it’s not quite that simple. If you don’t have any software development skills, you need to hire them. Preferably with relevant experience. Development may take months. As will testing.

On the other hand, you could simply purchase an existing exchange and customize it. There is minimal development required and testing is limited to ensuring that the customizations work as intended. These exchanges are also market-ready a lot more quickly, so the income stream starts earlier. This will go a long way towards offsetting the possible additional investment.

In both cases, there is a lot of homework to be done before you even start investing. Legal and compliance issues, taxation and product offering are just the basic initial areas that need to be researched. This may seem daunting but rest assured, the payoff may be very well worth the investment.

How to find a valuable partner when creating an exchange?

Choosing the right partners is key to your success when you create a Bitcoin exchange. From developers to payment processors to legal advisers, navigating this solo is fraught with risk.
•    Developers are important because you need the exchange to work correctly. They are also crucial for ongoing user support in the event that something goes wrong.
•    The payment processor is the key once you are up and running. Select a processor with a low fee structure, fast processing times, and multiple payment options at the very least.
•    Experienced legal counsel will ensure you remain compliant in whichever jurisdiction you operate. Falling foul of laws will be a death knell that can easily be avoided.

Nexthash can take you to the next level

When you make the decision to create a Bitcoin exchange, look to Nexthash to support you. Nexthash offers a multifunction platform providing a digital asset exchange, over-the-counter (OTC) trading, and a payment processing gateway.  There is no need to reinvent the wheel. Nexthash has already done it all for you. A simple one-stop solution.