How To Sell Large Amounts Of Crypto In 2022 The Smart Way? 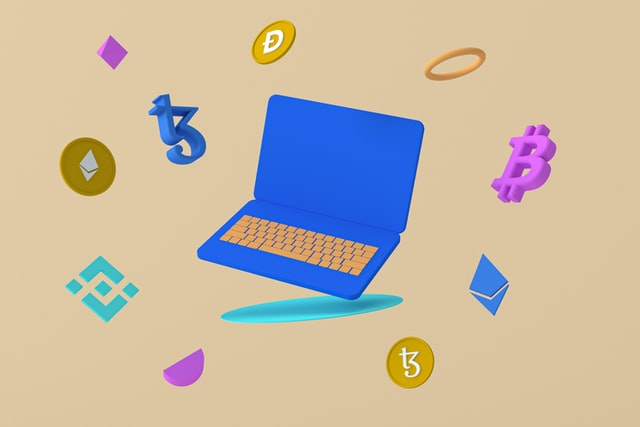 Wholly a product of the 21st century, cryptocurrencies are changing the financial landscape. In 2009, Bitcoin was launched as an alternative decentralized and unregulated payment currency. Following from Bitcoin, several other currencies saw the light from 2011 onwards.  As the concept gained acceptance, the number of cryptocurrencies exploded. As did the number of investors. Those that invested early on were able to acquire vast numbers of coins for relatively small sums of money. When Bitcoin was first used in a commercial transaction, 10,000 coins were used to pay for two pizzas. At the current price that would be almost $215 million.

It's no surprise then, that many millionaires and billionaires have been made by this meteoric increase in the value of cryptocurrencies. There is just one snag, though. It's a whole lot easier to get into cryptocurrencies than to get back out into mainstream currencies. So, let's have a look at how to sell large amounts of crypto and realize these paper profits.

The past 12 months have been a bit of a roller coaster for cryptocurrencies. The last quarter of 2021 saw prices reach all-time highs with Bitcoin (BTC) topping out at more than $60,000 and Ethereum at just under $5,000. Imagine holding 10,000 BTC at that price.  Of course, what goes up must come down. And so, we went into the so-called crypto winter. Markets overall have been depressed during 2022. The crypto market has not been an exception. Across the board, cryptocurrencies shed most of their value, some falling as much as 90%.

Whilst this would have been expected to instil fear and an aversion for cryptocurrency, quite the opposite has happened. Many thousands have been “buying the dip” and accumulating substantial holdings. Some of these investors have become known as “whales” due to the magnitude of their portfolios.  Make no mistake, these portfolios are worth billions. The only question that these investors may have now is how to sell large amounts of crypto. Are there enough buyers? Can the market handle trades run into millions of dollars?

How to sell your crypto in a few steps?

Selling cryptocurrency has become a little easier in the last couple of years. The crypto market took off around 2017. As the concept gained traction, the number of coins increased very quickly. There was also a proliferation of exchanges. The problem was, at that time, that buying or swapping cryptocurrencies was the norm. Getting out of crypto and back to fiat currencies was not really an option.

Thankfully, many of the exchanges have developed off-ramps where this is now possible. Exchange is the quickest and easiest way to sell crypto. The first step is selecting a reputable and reliable exchange and registering an account. Providing there are buyers, selling the cryptocurrency is then a matter of a few clicks.

Once a buyer is found and the deal has been closed, you can withdraw the fiat currency to a linked bank account. Depending on the exchange, there may be transaction limits either per transaction or per period of time. If you need to know how to sell large amounts of crypto, generic exchanges may not be the best place to look.

What if you want to sell larger amounts?

The other option is to engage an “Over the Counter” (OTC) broker. OTC is well suited to high-value transactions. OTC is a peer-to-peer transaction, commonly facilitated by a broker or negotiated in a “dark pool”. A dark pool is usually a dedicated forum where institutions and large-scale investors can post bids or offers.  OTC trades have two unique features. Firstly, they take place directly between the buyer and seller. They are not executed through an exchange or any kind of platform that may be regulated. As such, the details are known only to the two transacting parties and the broker if there is one.

The other important feature is that, because the deal falls outside of any exchange, there is no effect on the market price of the asset. Large transactions tend to cause market prices to react quite sharply due to perceptions and the human herd instinct. These price movements are not welcome, especially for smaller investors. In the stock market, for instance, larger transactions tend to attract additional scrutiny because of their price manipulation potential. The crypto market will not be a lot different. In addition, some people just want their financial affairs kept out of the public eye.

Cryptocurrencies have not yet been widely accepted as credible investments or currencies. Trading in crypto, especially on exchanges, is subject to many limitations. If you’re looking for larger value trades, you’d be well advised to deal with an established OTC desk like that offered by NexInter.

NexInter is the exchange division of the NextHash Group, an organization that delivers digital financial services in several locations around the globe. NexInter has built a bespoke OTC service that caters to specific needs beyond the capacity of automated exchanges.

One of the inherent risks of dealing with an exchange is slippage. This is when the price changes between the time that an order is placed and when it is executed. Like stocks, crypto prices change from one moment to another, so this is a very common problem. In contrast, NexInter’s OTC deals are negotiated; there are no unexpected changes to the final, agreed terms of a deal.

Most OTC transactions take place outside of any regulatory framework. They are, for the most part, customized transactions facilitated by a broker. This arrangement carries the risk of non-performance by any of the parties. It’s crucial, especially when transacting large deals, that you work with a trustworthy dealer.

NexInter is a fully regulated platform operating under EU legislation. Global operations are licensed in their respective jurisdictions or in the process of obtaining the relevant licenses. If you need to offload a large amount of crypto, you can rely on NexInter.