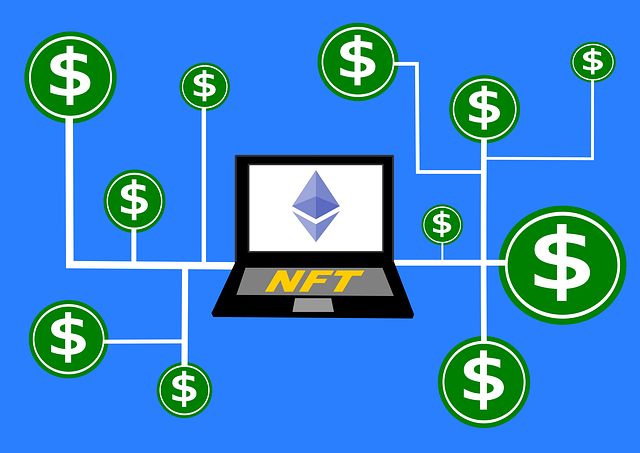 From humble beginnings in 2012, non-fungible tokens (NFTs) have recently been taking the market by storm. NFTs are a revolutionary application of blockchain technology. An NFT is similar to a cryptocurrency coin, but also very different.

Like a crypto coin, NFTs consist of blocks of data residing on a blockchain. The difference is that an NFT contains additional data that assigns a specific and unique purpose to that block of data with the help of NFT marketplace development company, like Nexthash for instance. But the concept of the NFT goes back to 2012 when Meni Rosenfeld, then President of the Israeli Bitcoin Association advanced the concept of colored coins.

Colored coins were derived from regular bitcoins. They were groups of coins that were separated from the common pool and given a specific purpose. The intention was to create niches from which special-purpose applications could be developed.

The differentiating data added to the colored coin could represent almost any imaginable asset. This unique data, together with the timestamp that is a key feature of blockchain technology, would render the coin tamper-proof. And this is the core of the concept of non-fungible. This particular token is unique and cannot be exchanged for another identical asset.

The rise of NFTs

Initially, the vision for colored coins was to represent real-world assets like stocks and bonds, commodities, real estate, and the like. What transpired, though, was that Colored coins sparked imaginations and got people to explore possible applications.

In 2014 a trio of visionaries founded Counterparty. This is a peer-to-peer financial platform that runs directly on the Bitcoin blockchain. Users can create digital tokens representing literally any asset. These assets would be tradable directly between buyer and seller without the involvement of any exchange.

The platform's projects included memes and trading cards. In 2015, the makers of the tactical game, Spells of Genesis, partnered with Counterparty to issue in-game asset tokens. This was closely followed in 2016 with Force of Will, a trading card game, also joining the Counterparty community. Over the next two years or so, several collections of meme-based trading cards were launched, and somewhat of a craze developed.

In an unrelated development, 2014 also saw the birth of the first NFT as we know them today. Kevin McCoy, an established New York artist, minted a work of art entitled Quantum. Despite being the first NFT, it drew little attention, and many other NFTs were sold for staggering sums of money since then. It was only in 2021 that McCoy decided to put the work up for auction. It fetched $1.4 million.

How are NFTs developed?

Minting, or generating NFTs is surprisingly simple. With the explosion in the popularity of NFTs, there has been a proliferation of exchanges and trading platforms. Many of these platforms offer assistance with or provide functionality for the minting of NFTs. All you need is a digital wallet and an account with one of these providers.

On most platforms, minting is as easy as clicking on a button to initiate the minting process and then following the prompts. You need to upload the work that you want to tokenize and fill in some data in predefined fields. Once the NFT is created, you can choose to hold it or list it for sale on the platform. Before you embark on a project though, it is advisable to enlist the help of a good NFT marketplace development company for best results.

You should be aware that minting NFTs carry a cost. The minting process requires processing power and consumes energy that must be paid for. For example, on the Ethereum blockchain, a network charge known as Gas is payable for every new NFT minted.

Fortunately for the creator, this Gas charge can be deferred until the token is sold. In essence, therefore, you are able to incorporate the Gas into the selling price of the token. This means that, effectively, the buyer pays the Gas.

Where to buy or sell NFTs?

As we have already alluded to, the meteoric rise in popularity of NFTs has created a very big and potentially very lucrative marketplace. In turn, the number of exchanges and trading platforms has taken off in a big way. There are now well over 100 marketplaces for NFTs and this number may well increase for some time to come.

It bears noting that not all marketplaces are equal. Some marketplaces serve a particular niche and others cater to wider audiences. Certain marketplaces, such as Cryptokitties, have been established by the creators of a specific collection and deal only with that collection.

Various athletes and sporting bodies, in collaboration with an NFT marketplace development company, have launched collections of memorabilia in the last three years or so. Individual athletes' NFTs are traded in various open marketplaces such as AirNFT or OpenSeaa. The sporting bodies however have exclusive markets. For example, NBA Top Shot is a market platform exclusively for NBA memorabilia.

Many online games issue NFTs for in-game assets and game-play characters. These cards are predominantly traded on the game creators' own marketplace, although some games are partnered with open platforms like Counterparty.

What are the most popular NFT marketplaces?

Founded in December 2017, OpenSea claims to be the world's first NFT marketplace. It is also widely recognized as the largest open NFT marketplace in the world. OpenSea accommodates all types of NFTs. As the medium of exchange OpenSea also accepts more than 150 cryptocurrencies. The platform runs on the Ethereum, Polygon and Klatyn blockchains providing a measure of flexibility to users.

Ranking slightly behind OpenSea are open marketplaces, Rarible and Nifty Gateway. Axie Infinity and NBA Top Shot, both niche markets also rank in this second tier. NBA Top Shot runs on the Flow blockchain while the others all run on Ethereum.

Of course, with well over 100 markets, there are a number of other marketplaces, whether niche or open, that are popular with certain followers. This is an evolving part of the NFT market, and we are bound to see significant changes over the next few years.

Nexthash can be your NFT marketplace development company

With its NexInter platform, Nexthash is perfectly positioned to assist you in setting up your own NFT marketplace. Their NexInter exchange is a fully regulated exchange, where you can buy and sell a range of digital assets and currencies. The platform provides total flexibility in accepting several popular payment methods including credit cards, fiat currencies, and a basket of cryptocurrencies. All that said, they can also help you develop your own NFTs and marketplace environments, where you can sell, distribute and deliver NFTs of your choosing.