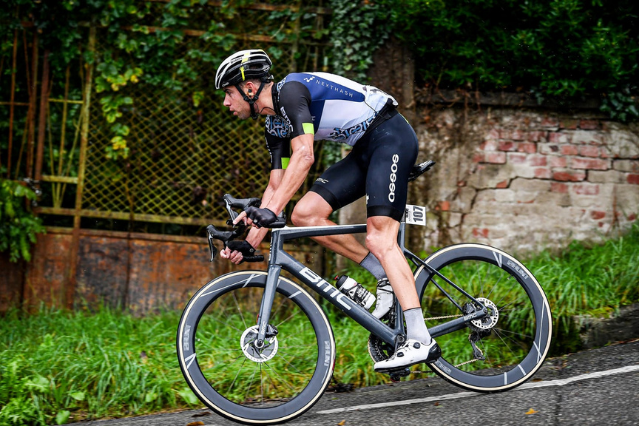 One of the most surprising things during the 108th Tour de France in Brest was the announcement of a new, intriguing five-year partnership between Qhubeka, a South African not-for-profit organization, and NextHash, a cryptocurrency trading company. The team, which used to call itself Qhubeka Assos, has now changed its name to Team Qhubeka NextHash to reflect the partnership.

So, when and why did this partnership happen? Who does this sponsorship benefit? What does a cryptocurrency company have to do with a cycling team? We will answer these questions in this article.

Why Did Team Qhubeka and NextHash Join Forces?

Qhubeka is a South African team formed in 2008 and present at the highest world level since 2016. This year, it counted 27 players. The collaboration between the South African team and financial company NextHash began with the Tour of France. The partnership between Qhubeka and NextHash has been signed for five years.

Qhubeka has been struggling with finding a long-term sponsor in recent years. Before NextHash, in 2020, Qhubeka had an alliance with Assos, a clothing company, signed until 2021. So it was time for Qhubeka to find a new sponsor, and NextHash came to the rescue. Of course, both Ana Bencic, CEO of NextHash, and Douglas Ryder, head of Team Qhubeka, are excited about the future together.

So, who or what is NextHash? The NextHash Group operates in the cryptocurrency market. NextHash is a global entity made up of several units that combine the traditional financial industry with new digital assets, taking advantage of the power of blockchain technology. The company aims to make the digital, crypto, and financial world accessible to all. The mission of Team Qhubeka NextHash as a pro-cycling team is to support bicycle donations in Africa and develop African cyclists.

The Cryptocurrency's Importance in Sports Is Growing

The vision of a world where digital innovation will lead the way is getting closer and closer every month. Blockchain technology and cryptocurrencies are becoming more and more popular and have recently entered the world of sport. The topic of Bitcoin and blockchain has been discussed in sports for a few years now. The first appearance of cryptocurrency in the world of sports was when the Sacramento Kings basketball club began to accept Bitcoin as a payment method. Since then, more and more sport teams and clubs have been introducing cryptocurrency to their activities.

One way to use cryptocurrency in sports is through tokens. Through creating and promoting its own tokens, the team offers buyers the opportunity to actively participate in the club's life. This can include contests only for token holders, the possibility of appearing in the VIP lounge, or making certain marketing decisions, for example, regarding the colors of T-shirts. Another way that sports clubs have been using cryptocurrency is by paying their players in Bitcoin.

Why Is the Team Qhubeka NextHash Partnership Important for Cycling as a Sport?

Team Qhubeka has a unique mission. It is the only professional cycling team that aims to stimulate social mobility and improve the lives of thousands of underprivileged Africans. One of the main goals of Qhubeka is to bring bicycles to Africa's less privileged communities through structured programs. Over the last 11 years, Team Qhubeka has funded and distributed over 35,000 bicycles.

The official goal of the Team Qhubeka NextHash partnership is to create a market for cycling in the digital medium. Team Qhubeka NextHash aims to develop new, interactive ways to engage with its fans and introduce the digital, crypto, and financial world to cycling. Thanks to NextHash, Qhubeka can now develop crypto-sport-based products, such as cryptocurrency tokens or NFTs.

Through the partnership with NextHash and the introduction of cryptocurrency into their activities, Team Qhubeka NextHash can raise more funds and awareness for the Qhubeka Charity. This can be done through cryptocurrency tokens and cycling NFTs. One reason to use cryptocurrency tokens in cycling is to enable fans to participate more in the life and decisions of their favorite team.

In May 2021, the intersection between cryptocurrency and cycling has officially begun with the auction of the first ever cycling NFT by the Italian brand Colnago. Colnago is a manufacturer of high-end road-racing bicycles founded by Ernesto Colnago in Italy.

To understand this better, let’s explain what an NFT is. An NFT is a non-fungible token. It is actually a unique digital asset that cannot be copied. In other words, each NFT token has a unique value and is not equal to another NFT token.

Colnago created a special edition of the "C64 NFT" that combines all 67 years of historic Colnago moments in a unique NTF bike. This NFT is unique and is guaranteed never to be duplicated. The Colnago C64 NFT is made using the C64 as a base, a carbon fiber frame made in Italy. The design was created by fusing the colors of eight key Colnago models. The Colnago bike NFT has been sold to User MTD-01, who has purchased it for 3.2 wETH tokens. In US dollars, this converts to $8,592.

Team Qhubeka NextHash has competed in the Tour de France six times and achieved seven stage wins. Four of them were in 2016 with British sprinter Mark Cavendish. In this cycling season, the riders of the Qhubeka NextHash team have won five races, including three stages of the Giro d'Italia. These were recorded by Mauro Schmid, Giacomo Nizzolo, and Victor Campenaerts. Nizzolo also won the Clasica de Almeria and Circuito de Getxo, he finished 2nd in Gran Piemonte and Ghent-Wevelgem. In addition, Campenaerts finished third in the Benelux Tour in the fall.