What Is A Digital Sports Card NFT And Where to Get One? 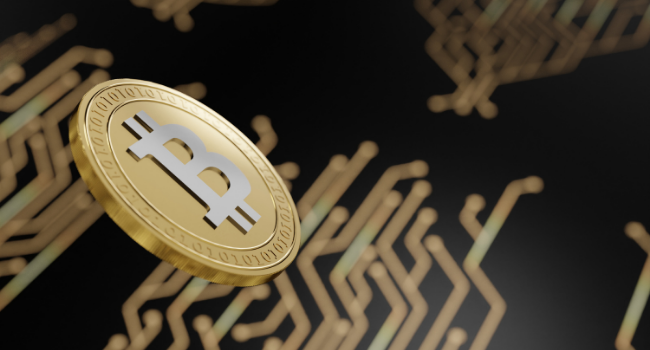 If you search online for the most significant or important inventions of the 21st century, blockchain technology and cryptocurrencies will feature on just about every list that comes up. The original blockchain concept goes way back to 1991, though. Stuart Haber and W. Scott Stornetta, two scientists working at Bell Labs, set out to find a solution to ensure the integrity of document authentication.

When Stornetta found the solution, it proved to be quite simple. All that was needed was a timestamp to prove that that document existed in that form at that time. Any revision to the document would require a new timestamp. Of course, the timestamp integrity had to be assured by having it approved by multiple verifiers. This was the core concept of blockchain technology.

This technology paved the way for non-fungible tokens (NFTs) and, more recently, the digital sports card NFT. The idea of an NFT dates back to 2012 when Meni Rosenfeld, President of the Israeli Bitcoin Association first suggested assigning a special purpose to selected bitcoins. By adding additional data to the block, the designated coin could be made to represent a specific asset. The inherent integrity of blockchain data would ensure that the authenticity of this coin and its linked asset were beyond doubt.

Before we look at the digital sports card NFT, let’s first consider the history and role of collectibles in sports. People have idolized sportsmen and athletes for as long as sports have existed. The practice of collecting memorabilia, however, has a much more recent origin. Although memorabilia may have existed much earlier, people only really began to collect them around the first quarter of the 19th century. Sports collectibles, as we know them today, have become a very big business. The market is estimated to exceed $5 billion with individual items fetching prices in the millions. It’s not hard to see why. Most sports collectibles represent a specific and unique moment or event in sport. For an avid sports fan, owning the ball that scored the winning run or the signed shirt their favorite athlete wore when winning the final carries a pride that few would fully understand.

The history of sports cards

Sports cards also first appeared in the 19th century. In contrast to sports equipment memorabilia, they had a somewhat accidental origin. The very first cards were used by cigarette manufacturers as an insert to stiffen the packaging. Cards were also included in packs of gum. These cards were product advertisements in the beginning. Much later, they evolved into the trading cards that we know and love. The first baseball cards are credited to sporting goods company Peck and Snyder and date back to 1868. As a seller of baseball equipment, the company produced these cards as an advertising medium. One of the earliest cards featured a picture of the Cincinnati Red Stockings baseball team together with a cartoon advertisement for the store. The popularity of these cards grew sharply when color printing started. Cards were also produced in sets, and this further boosted trading as collectors sought to acquire full sets. Trading cards expanded into other sporting codes over the years, and this became a thriving industry. Serious collectors would go to great lengths and spend sizeable sums of money to acquire that one specific card. It was probably inevitable that sports cards would one day morph into the digital sports card NFT.

Why did they go digital?

The invention of the blockchain and the derived NFT technology fits so seamlessly into the sports trading card space. Authenticity has always been a concern in sports memorabilia and trading cards.  A cornerstone of blockchain technology is that it is considered incorruptible. An item on the blockchain cannot be replicated.

The blockchain is, literally, an interconnected chain of data blocks. Every block in the chain is inextricably linked to the block before it. Thanks to timestamping and distributed ledger authentication, a block of data cannot be amended. Any change in the data automatically creates a new block with a new timestamp. For the digital sports card NFT, this was the ultimate solution.  The inherent integrity of blockchain data lends itself to assure the authenticity of the asset that it is linked to. The concept of the NFT is that it contains specific data that makes it unique. Some NFTs have an embedded image or video clip and some may contain the credentials of a physical asset.

Whatever the NFT represents, its value lies in the fact that it cannot be replicated. Of course, the person who creates an NFT can produce several identical tokens, but this is not very common. The blockchain ensures that any attempt to replicate an NFT will result in a new block of data. The authenticity of the original block remains untainted.

Why should you buy a digital sports card NFT and where?

Getting into the market now may be likened to investing in IBM in the 1980s. Prices of NFTs are continually rising. Despite the ever-increasing range of sports NFT being put on offer, the demand is likely to be sustained. Sports NFTs are digital so they cannot ever fade or tear. Their authenticity is practically beyond reproach.

Buying or selling a digital sports card NFT is very easy nowadays. There are a multitude of marketplaces and exchanges where these NFTs can be bought. With Singularifty, their state-of-the-art NFT platform, Nexthash is perfectly placed to get you on the NFT investment map. The platform also allows you to customize and store your collection if you’re in this for the long haul.